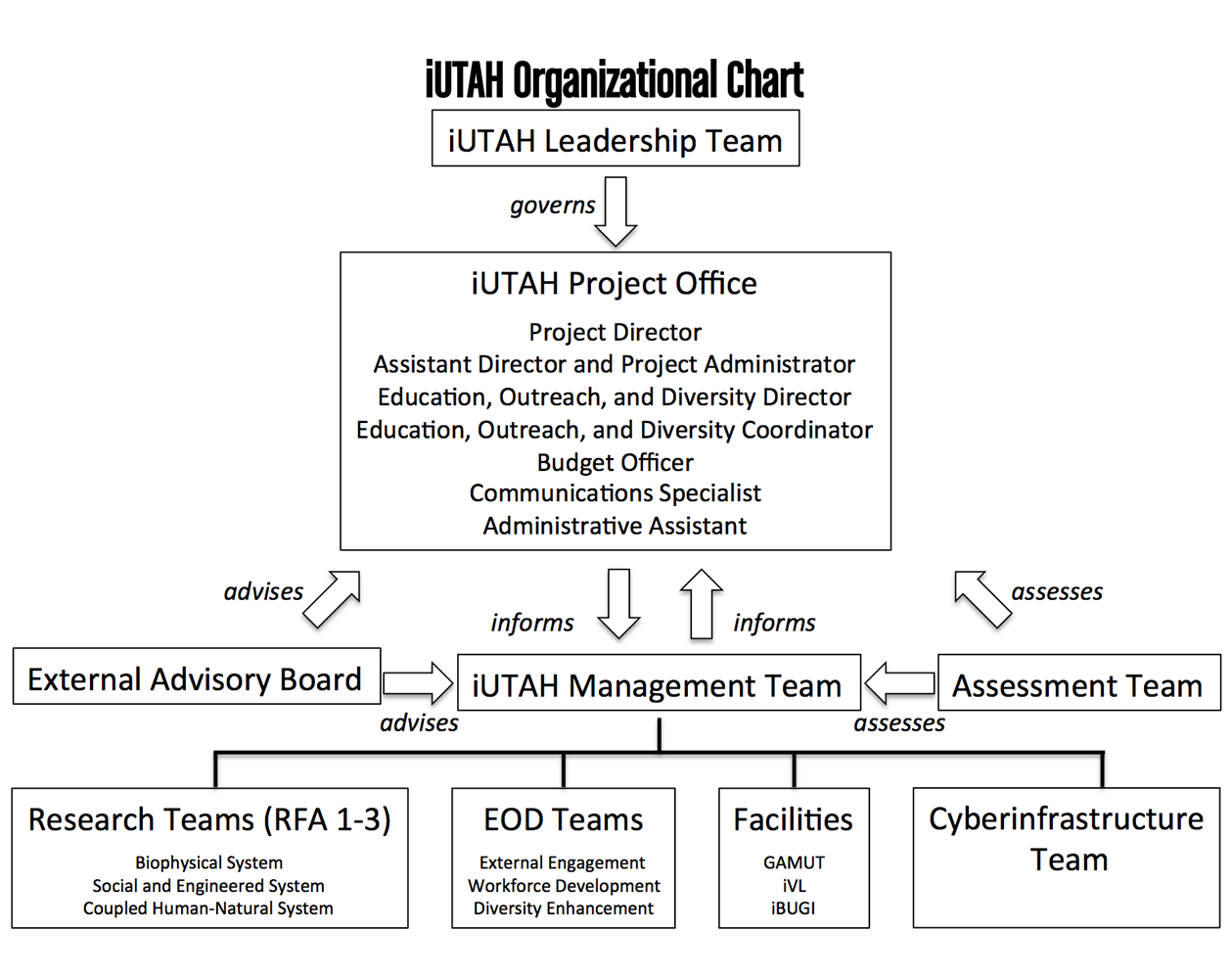 iUTAH EPSCoR was governed by a Leadership Team, which consisted of the project director, the assistant director and project administrator, the Education, Outreach and Diversity (EOD) director, and five co-principal investigators from Utah’s three premier research institutions.

Implementation of iUTAH programs was coordinated with the iUTAH Management Team, which in addition to the project director, assistant director and project administrator, EOD director, EOD coordinator, included principal investigators from all primarily undergraduate institutions affiliated with iUTAH, as well as important stakeholders from non-profit groups and governmental agencies.

Evaluation of iUTAH programs were conducted by an Assessment Team, consisting of several external evaluators and representatives from the American Association for the Advancement of Science’s Research Competitiveness Program.

In charting activities to accomplish its mission, the iUTAH Leadership, Management, and Office Administration Teams were advised by an External Advisory Board.