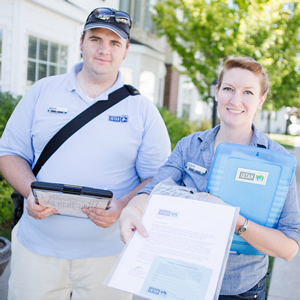 Researchers from Utah State University and the University of Utah collaborated with local municipalities across northern Utah to study water use, water policies, and water resource issues in Utah. Starting in the summer of 2014, a survey was conducted of randomly selected households in neighborhoods across three Utah valleys – Cache, Salt Lake, and Heber/Midway. This survey provided important information about how local residents use and think about water in their daily lives. It also explored how households differ across the diverse kinds of neighborhoods and cities found in this region. The findings were used to inform local and state water managers about the needs and priorities of their residents. The survey data collection process was completed in October 2015, and is available for review below.

How did the survey work?

Approximately 180 households were selected randomly from each of 22 neighborhoods from across the three study valleys. Eight of these neighborhoods were in Cache County, twelve in Salt Lake County, and three in Wasatch County. This survey was implemented using a “Drop-Off/Pick-Up” method where our field staff went door to door to arrange for residents to fill out the questionnaire at their convenience with pick up a few days later. Survey questions asked about household water uses as well as perspectives about water conditions and policies in the valley and the state of Utah. The survey was made available in both English and Spanish.

Participation in the research was entirely voluntary. Over 60% of people who were sampled agreed to participate. Throughout our data collection and analysis, steps were taken to protect the privacy of respondents. All reports or publications that result from this study relied on summaries and aggregated tables that do not reveal the identity of any participant. 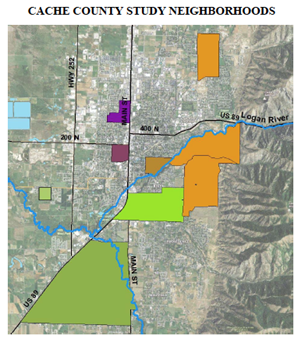 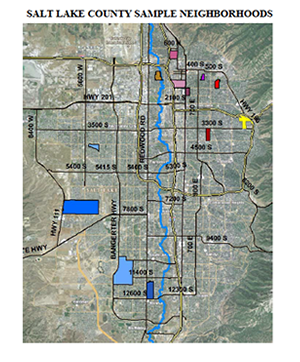 If you have any questions about this project, please contact Douglas Jackson-Smith or Courtney Flint directly.

Survey offers glimpse into public perceptions of water use

The Herald Journal on April 6, 2016
The annual Northern Utah Water Conference, held at the Utah State University Innovation Campus allowed presenters to address a variety of water topics and subjects. It became obvious that we all see things through different lenses, but there is a continuing need to engage in important water conversations. Read Article...

The Herald Journal on April 2, 2016
A recently released report on Logan’s water quality shows there are inorganic contaminants and compounds in the city’s drinking water, but Logan officials and educators say residents should not be worried. Read Article...

South Valley Journal on March 10, 2016
Just under half of Riverton residents think there is enough water to meet the city’s current needs, whereas only 24 percent are confident of Riverton’s future water supply. Read Article...

Utah State Today on December 7, 2015
A recent survey of households by a consortium of Utah universities provides extensive scientific data on current residential water management and
public support for a range of water policies. Read Article...

The Herald Journal on October 17, 2015
A study conducted by a collaboration of researchers from universities in Utah has Nibley officials and residents contemplating their water uses. Read Article...

Environmental Monitor on July 29, 2014
As scientists and governments in the western U.S. plan to meet the water needs of a growing population, they’ll benefit from methods that move beyond scientific knowledge and let the voice of the people come to the surface. Read Article...

The Herald Journal on June 12, 2014
USU researchers expect to complete data collection in Cache Valley for a water study before the end of the month, and city officials say it will be helpful in managing their water. Read Article...

Research survey looks at 'human side' of Utah's water management

The Deseret News on May 28, 2014
Utahns in the Cache, Salt Lake and Heber valleys are being surveyed as part of a study that looks at how residential diversity affects water use. Read Article...

The Herald Journal on May 19, 2014
Utah State University and University of Utah are surveying communities around the state to gauge annual household water use and resident perspectives on water policies. Read Article...