Reaching out to the Public Statewide 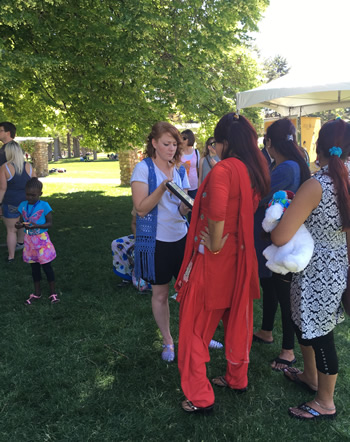 The Utah Water Survey was an offshoot of the iUTAH Household Survey, a detailed study conducted in Summer 2014 to learn how households in iUTAH’s three experimental watersheds use and think about water in their daily lives. Viewpoints about water from across the state were gathered through the Utah Water Survey, an innovative research effort that engaged university and high school students in data collection and analysis, then offers water managers and the public a chance to explore the data through an interactive web tool.

To train students and high school teachers on how to conduct survey research, social scientists Courtney Flint and Douglas Jackson-Smith of Utah State University created a scaled-down version of the household survey and uploaded it onto iPads so it could be administered at any place and time. The training session proved popular and successful, so Jackson-Smith recruited colleagues at Salt Lake Community College, Southern Utah University, the University of Utah, Utah Valley University, Weber State University, and Rowland Hall, a private high school, to involve their own students in data collection. Surveys were conducted at public locations, including stores, parks, and festivals, from St. George to Logan. As of 2017, over 9,000 surveys were collected over eight collection efforts.

Once collection efforts of the Utah Water Survey were complete, the survey team collaborated with iUTAH’s cyberinfrastructure team and visualization lab to create a web-based survey data-viewing platform. The viewing platform allows users to ask their own queries about the data, including limiting responses to a specific zip codes or cross-tabulating responses between different variables. 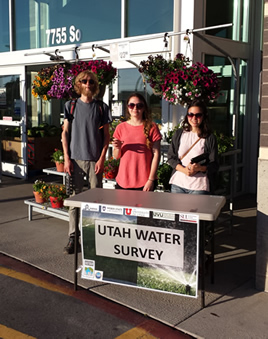 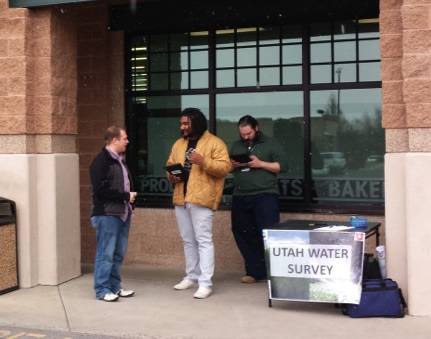