iUTAH has made diversity and inclusion a priority, actively working to increase participation of women and underrepresented minorities in science, technology, engineering, and math (STEM). The project has worked to engage these groups in addressing water sustainability issues in the state by coordinating resources and activities to help faculty, students and partners create a more welcoming environment with sustainable support systems for the success of all participants in STEM disciplines. 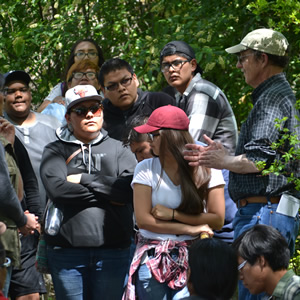 Diversity Enhancement is about helping Utah improve STEM education to an increasingly diverse population. For decades Utah’s population has been among the fastest growing in the nation. Not only is Utah growing, but it’s also changing. Nearly four out of every 10 new Utah residents identify as a racial or ethnic minority. More than one-quarter of Utah’s preschool-aged populations are minority group members. To address this upward trend, it makes sense that the state’s educated workforce should reflect Utah’s growing diversity.

That’s why iUTAH has worked hard to reach out to under-represented groups in Utah by targeting many public outreach activities to women and members of racial and ethnic minorities. Also, our workforce development programs have focused on encouraging members of under-represented groups to pursue careers in water science and engineering. In 2016, we joined in Utah State University’s Native American STEM Mentorship Program (NASMP) for a second year, introducing water sustainability topics to the program’s 22 participants and inviting two students from USU Eastern’s Blanding campus to conduct research alongside iUTAH faculty and students for three weeks in May and June.

We redoubled our efforts to recruit under-represented students from Utah’s primarily undergraduate institutions to join our iFellows summer research experience program. The iUTAH WaterGirls program, which offers a water-focused field experience for middle school girls mentored entirely by women scientists, grew to include an 8-week after-school program at a minority-serving school on Salt Lake City’s west side.

iUTAH has seen success in its efforts to help build a more diverse STEM workforce for Utah’s water future. In 2015, the Summer Research Institute program, geared toward high school students and teachers, served a population that was 44% female and 21% under-represented minorities. The following year, 71 percent of our summer iFellows participants were female, with 18 percent coming from under-represented minorities. Through efforts such as these, iUTAH has worked to build a STEM student population and eventual statewide environmental science workforce that is truly representative of the state that it serves. 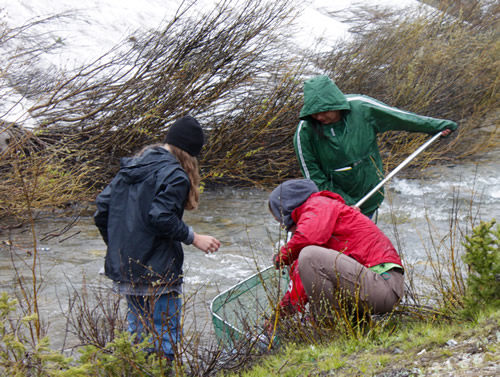 The benefits of outdoor learning have been in the news for the past few years. Studies have found that going outdoors to learn science connects students and teachers to the natural environment. It reaches these students in new and different ways and Read More...

iUTAH researcher Nancy Huntly, professor and director of the Ecology Center at Utah State University, have been named a Fellow of the Ecological Society of America. She will be one of 28 honorees formally recognized by the ESA, the world’s Read More...

There are many internship opportunities for students at all levels found throughout the Utah educational system. iUTAH traineeships offered between 2013 and the present provided something different. “We knew we had students on the research-oriented Read More...

Award winning author Nancy Bo Flood will be in Utah May 1 – 12 for the 2017 Utah Water Week’s celebration of books on water. Credit Nancy Bo Flood. Each year in early May, Utah dedicates a week to public awareness and involvement in Read More...

Last summer, nearly 400 people on Salt Lake City’s west side were asked about their connections to the Jordan River and the parklands alongside the river. Bilingual surveys were distributed in public places such as grocery stores, libraries, parks, Read More...
View All