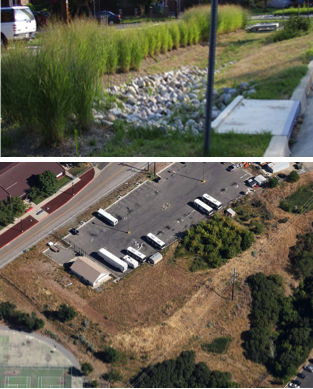 The innovative Biogeochemistry of Urban Green Infrastructure (iBUGI) research effort was a cross-cutting iUTAH program designed to integrating biophysical, social, and engineering research addressing the challenges faced by water flowing from mountains into urban areas. iBUGI took a place-based approach, centered on the Red Butte Creek (RBC) watershed, to synthesize new understanding from all three of iUTAH’s Research Focus Areas within the watershed and focus new observations and studies both within RBC and iUTAH’s other two experimental watersheds. This effort paralleled successful efforts at other environmental observatories with a unique focus on coupled urban and natural environments.

iBUGI was developed was to address the growing concern that many of the fastest growing urban areas in western North America, as well as water-limited regions around the world, are located adjacent to mountain ranges, where precipitation from higher elevations provides water resources at lower elevations. Urbanization along these mountain front ecosystems is rapidly altering the landscape, highlighting the need for research into the sustainable development of these regions characterized by sharp transitions in elevation, climate, geology, and ecology. The Wasatch Front is emblematic of these rapidly growing regions and our research into the coupled human-natural environment is developing both site-specific and readily transferrable knowledge to address the challenges faced by state, regional, and local agencies.

Results of the iBUGI effort include targeted new observations of spatially extensive field campaigns across the watershed, the development of new hydro-chemical data sets co-located with ongoing water balance or social science research, and the development of groundwater observations to expand the temporal scale of data from individual events to the time course of urbanization. The multi-scale foci of iBUGI informed both the coupled modeling efforts and provided spatially and temporal explicit data for coupled model evaluations. 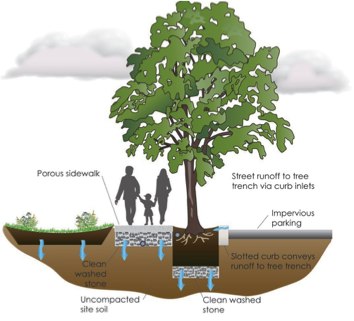