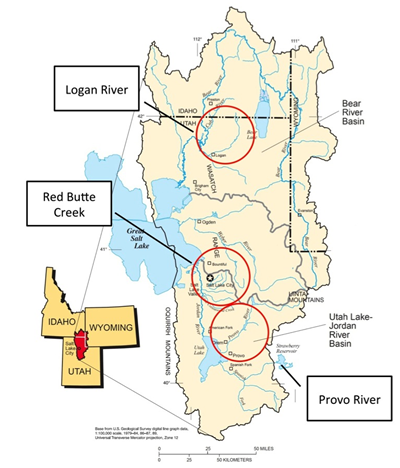 Social science data collection used the footprint of the sensor network for their efforts. These included detailed neighborhood typologies constructed using parcel-scale land use-land cover, and other secondary data sources including water use and socio-demographics. The neighborhood typologies were used to select twenty-three neighborhoods in twelve cities in three counties (representing 42% of the Utah population) for drop-off/pick-up household surveys in each watershed (approximately 4140 households). The response rate was high (62%), yielding 2343 useable respondents from 3766 eligible households. (View Data Summaries) A subset of questions from the household survey was distributed across the state using iPads in a random intercept of adults in public spaces resulting in over 9,000 responses to eight collection efforts. (Explore Data)

The cyberinfrastructure (CI) of iUTAH supported and integrated diverse data collection of the socio-environmental observatory. Through collection, merging, and modeling tools of CI, a statewide audience of stakeholders became engaged with the broader efforts of water and STEM-related issues in the state. 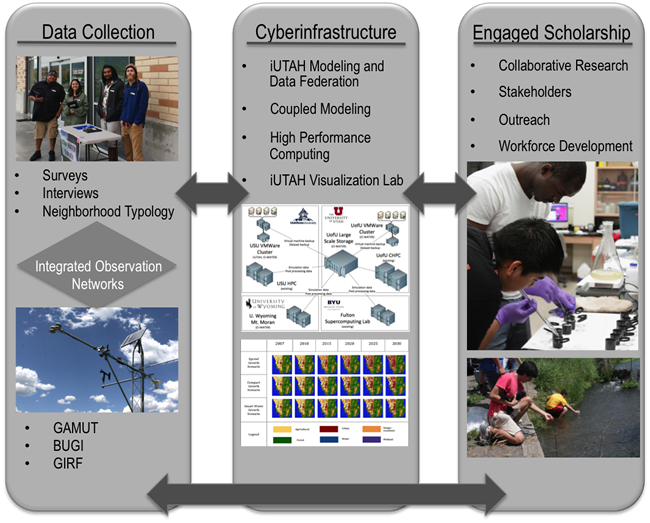