The award ceremony was hosted at SUU on March 29, 2014, and honored these aspiring young women for their computing-related achievement and interest along with their parents and educators.  The event helped in increasing visibility of young women in computing, and also SUU’s ability to effectively recruit, retain, and advance girls and women in K-12 through college education, and from an academic setting to careers outside of the university.

In addition to student recognition at the event, one educator from Washington County was the recipient of an “Educator of the Year” award at a national level. Five graduates from the group of 39 applicants are enrolled at SUU in 2014. 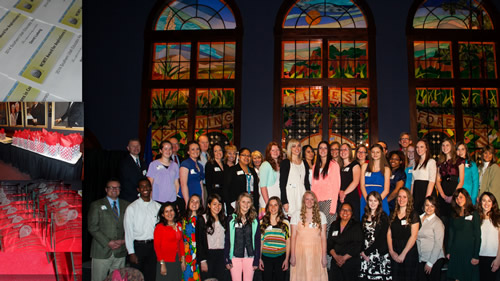